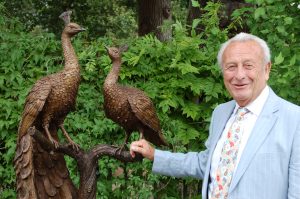 With great sadness, we announce that Richard Percival Howard, Beale Park Chairman of Trustees, 1936-2017, died peacefully on 18 March. He was, according to a spokesman at Beale Park, an adored husband to Sally and incredible father to his daughter Suzie, and sons William, Andrew, James and Duncan – with two step-children, Amba and Selby and beloved Bumpa to his 13 grandchildren and 6 great-grandchildren. He will be missed every day. The funeral was private, family only, but there will be a memorial at Beale Park in due course.

“Richard held the Beale Park Boat Show close to his heart and we look forward to keeping his memory alive at this wonderful event for many years to come,” said organisers.